http://www.dejavu-inc.f2s.com/index.html -- Deja Vu Creations. Deja Vu Creations brings businesses in Papua New Guinea and the South Pacific to a 'new level' in the ever growing media of the future.

http://www.tourismmorobe.f2s.com -- Visit Morobe Website. The Morobe Province, with a population of approximately 500,000, is Papua New Guinea's gateway into the Highlands and Islands regions.

http://www.laebowlsclub.f2s.com -- Lae Bowls Club. The Lae Bowls club was established in 1954 and has since become the number one bowling facility in Papua New Guinea. It was also the host to the bowlers completing in the 9th South Pacific Games in 1991.

Susu Mamas Charity Golf day is coming up on Friday 21st June 2002. We are limiting the number of teams able to enter so make sure you get your nomination in as soon as possible. Cost is K800 per team, it an Ambrose competition.

For those non golfers who would like to be involved! We can offer you sponsorship of various prizes for the day as well as other options.

The Rugby Union PNG Puk Puks will be pooled with Australia and Wales in the World Sevens to be held in Brisbane this weekend.

The PNG Ruby League will be holding their Annual General Meeting on the 24th of February at the Melanesian Hotel in Lae.

The rain continues to fall in Port Moresby and other places around the country. The potholes are increasing in depth as well.

People are still finding and playing with old ammunition left over from the second World War. The most recent documented find has consisted of M26 hand grenades, 250 pound high explosive fragmentation bombs, 60mm mortars, 81mm mortars and 50mm anti aircraft rounds. The ordinance disposal unit of the Defence Force has disposed of this latest find by children.

Warring tribesmen have said that they want to negotiate peace and restore services to Mendi the capital of the Southern Highlands. It is estimated that 6000 people took part in the tribal war with as many as 50 people losing their lives.

The Tourism Promotion Authority has released figures that show a total of 54,235 international visitors came to PNG last year this is down from the 58,448 in the previous year.

More asylum seekers have arrived for processing in Manus. The first plane load of refugees was not met by officials on arrival. The official, who had come out earlier and were advised that the plane was delayed eventually turned up 30 minutes after the arrival of the aircraft.

Kimbe Police have intercepted a shipment of marijuana on the MV Kondor at the Kimbe wharf. A woman has been arrested in relation to the event. They have also arrested a man who had 400 grams of drugs concealed in his underwear as he left one of the coastal ships.

Lady Carol Kidu has called on a study to be made on the impact that VAT is having on the poor, poverty stricken people of PNG. She has said that VAT in PNG is very broad based and is harsh in a developing country where the majority of people are subsistence farmers.

Police at McGregor Barracks recently showed their frustration over the transfer of two senior officers by blocking the entrance to the barracks. The Police Commissioner has appealed for discipline to be shown by all police. The police are also concerned about medical expenses, medical insurance as well as medical cover for injuries during working hours.

Air Niugini has extended its current codeshare agreement with Qantas until the 25th February. After that date it is anyone's guess as to what is happening but present indications seem to suggest that Qantas will return to PNG skies four times a week.

The University of PNG medical school has received textbooks from the Australian Government aid agency AusAID. Books to the value of K211,000 were presented by AusAID to the head of the school, Doctor Mathias Sapuri. The text books covering subjects ranging from medical, dental, nursing to extension health sciences will be catalogue for inclusion into the medical, nursing and health sciences library at the Taurama campus.

A deal has been signed between the National Broadcasting Corporation and Chin Hoi MeenSupersound to promote PNG music. Chin H Meen (http://www.chmsupersound.com) has long been a supporter and supplier of PNG music.

Plans are underway for the National Broadcasting Corporation (NBC) to increase its listenership and enhance its news and music services via the internet. Staff members have recently attended a week long internet course where they were taught how to create websites and work with internet tools.

The first of the Rotary Club of Port Moresby driving skills courses for year 2002 will commence on the 18th of February and then continue until the 1st of March.

The course will provide drivers with knowledge of basic pre-maintenance safety checks, and the theory and practice of safe driving. Rotary also allocate certain days for specialist vehicle drivers (e.g. ambulance and fire truck drivers), and to driving techniques to use in crisis situations if demand warrants it. Companies that have participated in the past have endorsed the course because its cost effective training has reduced their repair costs. This has been through less wear and tear, and damage/accident rates on their vehicles, and is quite apart from helping improve the quality of driving on the roads. One major company has reported a reduction of 8% in vehicle operating costs.

The single men's barracks in Mount Hagen have been condemned by the Mt Hagen City Authority. Over recent years many families have moved into the barracks due to a lack of married accommodation for serving police.

The Department of Police has launched a computer database system that will store information about criminals. It will be located in the National Criminal Records Office, Boroko.

The South Pacific Post has relaunched the Magazine called New@gewoman with a new look at the Crowne Plaza Hotel in downtown Port Moresby. Politician, Carol Kidu, has said that PNG deserves a new age men who can give their women a life that is fair in partnership and at the workplace. She has challenged women to find the right answers for themselves.

Here is a quote sent to me by a friend in USA. (Thanks Sharon)
"Women who seek to be equal with men lack ambition."
Timothy Leary

The Post Courier (http://www.postcourier.com.pg) is making everyone cross by printing the wrong clues to the daily crossword so that readers haven't a chance to start let alone complete the daily crossword. And here I was - the first time I've been able to finish the crossword!

The Bank (http://www.bankpng.gov.pg) is short of 1 toea and 2 toea coins and has made a call for all people to collect up these coins un return them to the Bank. Other countries have done away with the small 1 and 2 unit denomination coins. Maybe it is time PNG did the same thing? Maybe that is what the bank is attempting to do?

We have had Jimmy Maladina mentioned here recently now it is time to mention Moses. Moses is currently the PNG High Commissioner to New Zealand but he is resigning and returning to PNG to take up a position as a consultant to a law firm in the country. Mr Maladina was a former Company Secretary and also Managing Director of Air Niugini.

It is expected that the Raun Raun Travel Show will be held on the 16th of March at the Crowne Plaza Hotel in Port Moresby. The 15th of March has been set aside for the travel industry.

Some parents and schools are still confused about school fees and what they have to pay in the national capital because the subsidies handed out by the government are not enough. For example Gerehu High School requires about K150,000 for the first term and that school has only received K135,000 from the government. All schools are saying that they really need the first and second term to be paid up front as the schools need the first term money to buy essential supplies and pay for essential services. The schools are expected to also pay ancillary staff from the subsidy.

Some of the fees for International Schools are :-

Fees for Murray and Ela Beach are tipped to be K17000 per student.

The fees for national schools have been set as follows --

Datec PNG are offering Open Education Training over the Internet. If you are a customer of Datec you can train in Word, Excel and Access for as little as K11 per month per subject. For more information visit the website at http://oe.datec.net.pg

The National Road Safety Council is attempting to improve and promote road safety in a cost effective manner. In PNG that will be a major task as no one seems to have any idea about road safety. Even the Road Safety Council produces adverts that are totally incorrect. A quick drive around Port Moresby can usually find dozens of road safety items that would cause uproar in most developed countries and that is not even counting the six inch deep pot holes. 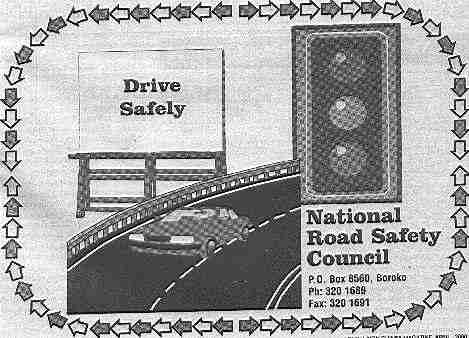 Police in the Markham District now have a police barracks courtesy of buildings left over from the construction of the K15 million Umi Bridge. The buildings were purchased for K150,000 using Markham District Rural Development Funds.

Mr Wingti still has not made clear with he will contest the coming elections. The former Prime Minister and Western Highlands Governor until his loss in the 1997 elections has attended many political functions so it would seem that he still has politics at heart. He has said that he can assist the party equally as well from within and outside parliament.

The National Parliament records for the year 200 have been wiped out by a computer bug. It now looks like that all the records will have to be manually re-entered from hard copy records.

Parliament does not have the number of computers necessary to do the job. Even the photocopiers, printing machines and tapes are in a bad state of disrepair. The loss of the records has been blamed mainly on the inappropriate technology caused by a severe shortfall in funding. It is hard to believe after the government spent so much money on Y2K upgrading etc. Maybe someone should tell these people about the benefits of old technology such as recordable CD's?

http://www.altnews.com.au/kali/ - a web site dealing with Manus. This site also has a map of the main islands of Manus.

http://archaeology.about.com/science/archaeology/library/atlas/blpapua.htm An archaeology site with links to archaeological excavations at the Kamgot site, on the island of Babase, New Ireland and also a link to Origins of Agriculture in New Guinea.

Learn more about the Tolai's of East New Britain at http://www.aic.gov.au/publications/lcj/women/ch5.pdf -- Note PDF/Adobe Acrobat file. (Google will give you an html translation if you can't view PDF files, search for Tolai and tubuan.)

If a friend has given or sent you a copy of this newsletter and you would like to keep receiving free copies then please visit index.html for instructions on how to join the list.

Articles for this newsletter

If you think you have a PNG page worth mentioning then please send e-mail to giaman@png-gossip.com.

To send a message for submission to the PNG Gossip Newsletter queue please e-mail your contribution to pngnews.queue@png-gossip.com


If you want to

please fill out the application on the following page.


If you want to

then select the unsubscribe option on the next page.

-- THE END --
If you can add to this list then please send email to PNG-News@png-gossip.com